Post turkey dinner I had a lot of apple cider left over, and was wondering what to do with it.  I can’t remember how I stumbled upon the idea of making doughnuts with apple cider, but now that I have, why didn’t I think of this sooner??

There are quite a few recipes out there. Fried ones, baked ones, and after reading through the reviews I decided on the version I found on Taste of Home.

I ran out of brown sugar when making these, so I ended up using some red sugar as well.  I find that red sugar adds a richer taste to the doughnuts, perhaps closer to the taste of palm sugar, which was nice.  The recipe also called for a ginger-sugar coating, but I decided to make mine with apple cider glaze.  I need to finish off that carton of juice in the fridge!

It was also my first time deep frying something in a pot on the stove.  Previously I’ve always weaseled my way around this by either using an electric deep fryer or an air fryer, or by asking Kak’mbang to help me out with it (yeah. terrible, I know).  When I was making this, everyone in the house was taking an afternoon nap.  I didn’t want to bother Kak’mbang again, so I decided to suck it up and do it myself.

Turns out, it wasn’t so bad after all.  I did overbrown the first batch or so, and I didn’t realize that I was letting the oil get too hot, but in the end I got a batch of excellent, tasty doughnuts.  No scary oil spills, no Captain America shield (my rice cooker pot lid) needed.

These doughnuts are best eaten fresh, as it will have a nice crunchy crust as you bite into it.  Over time the texture will resemble more like soft cake bread.  Do not skip the glaze, the doughnuts have a subtle apple and spice flavor on their own, but with the glaze the amazing brightness of the apple cider really shines through.

Makes 12 to 14 doughnuts plus doughnut holes

In a small saucepan, bring the cider to a rapid boil.  Cook over high heat until reduced by half, about 12 minutes. Cool completely. 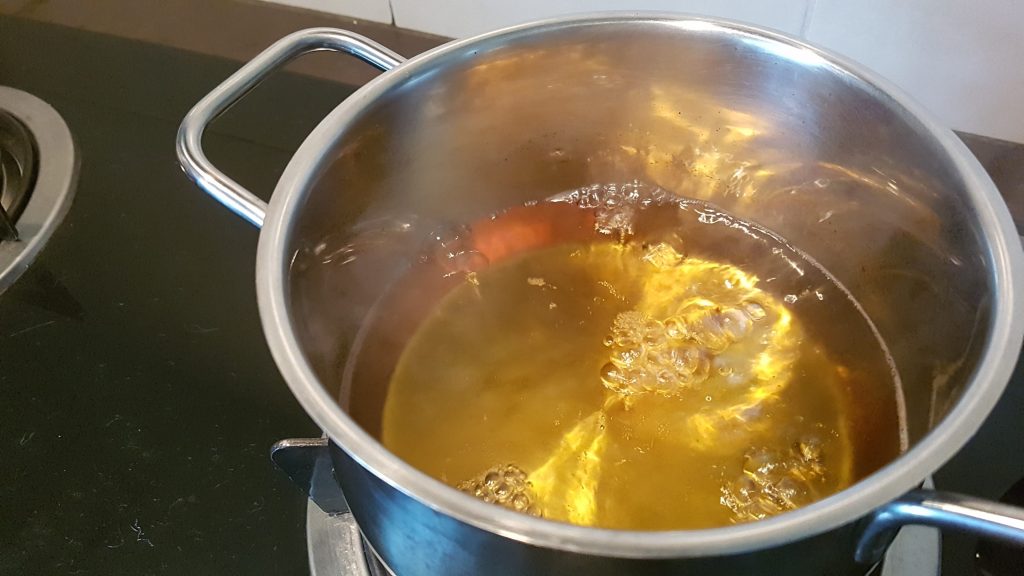 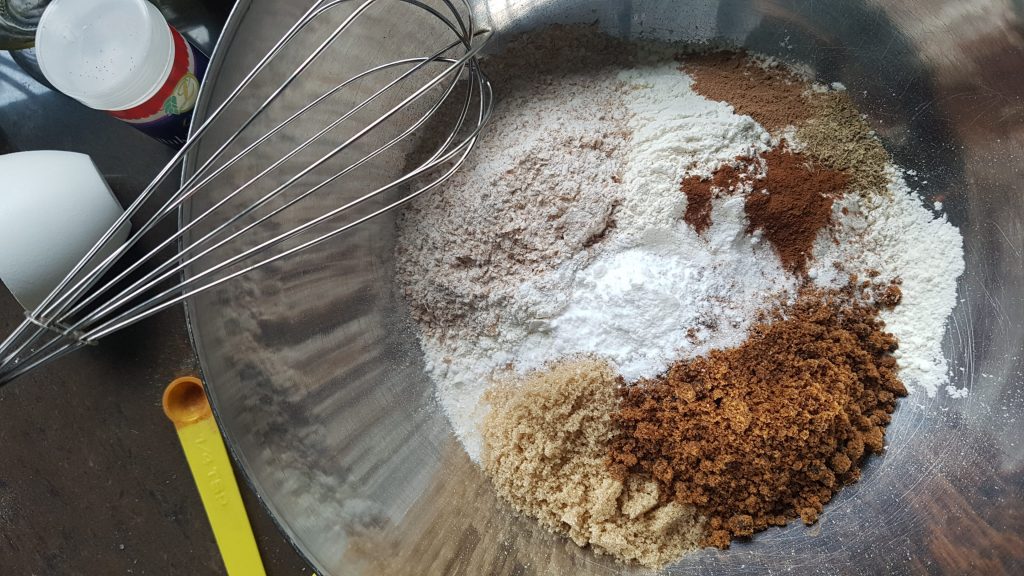 In a separate bowl, whisk eggs, melted butter and the cooled cider. 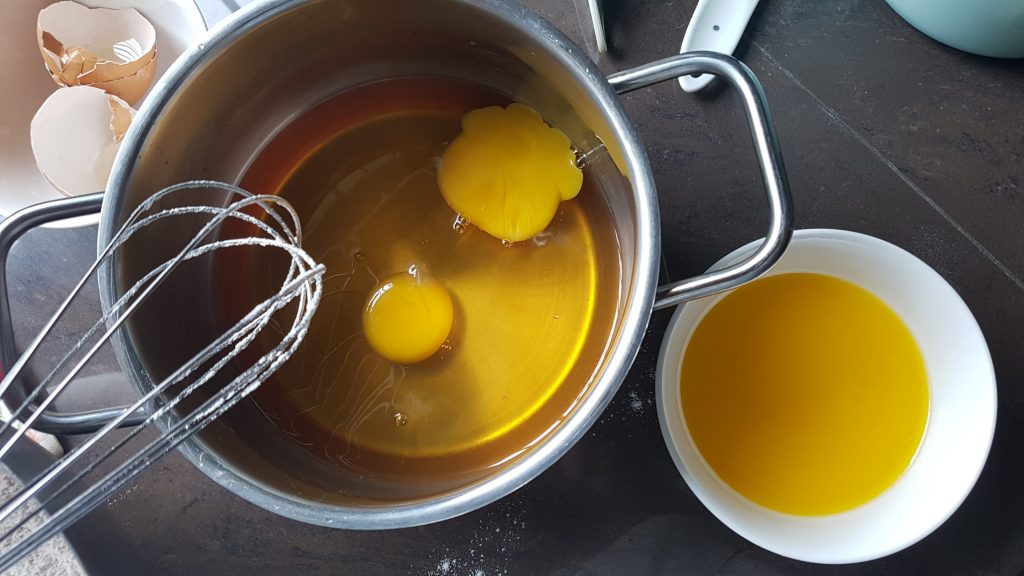 Stir the liquid ingredients into the dry ingredients, until just moistened and no dry spots remain.  The dough will be very sticky at this point. 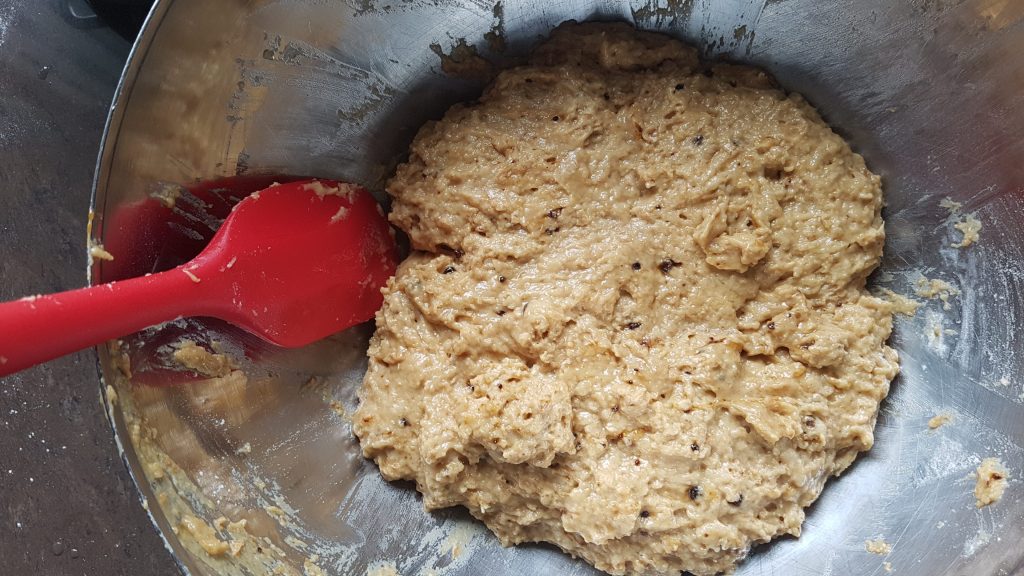 Refrigerate, covered, 1 hour or until firm enough to shape.

Divide dough in half. Transfer one half of the dough to a floured surface. 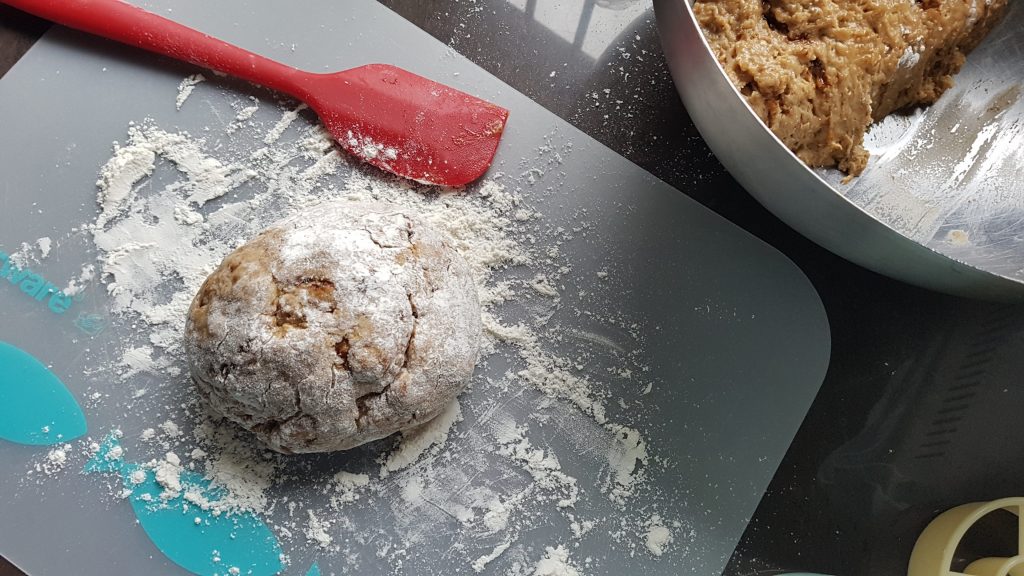 Pat each portion to 1/2 inch thickness. 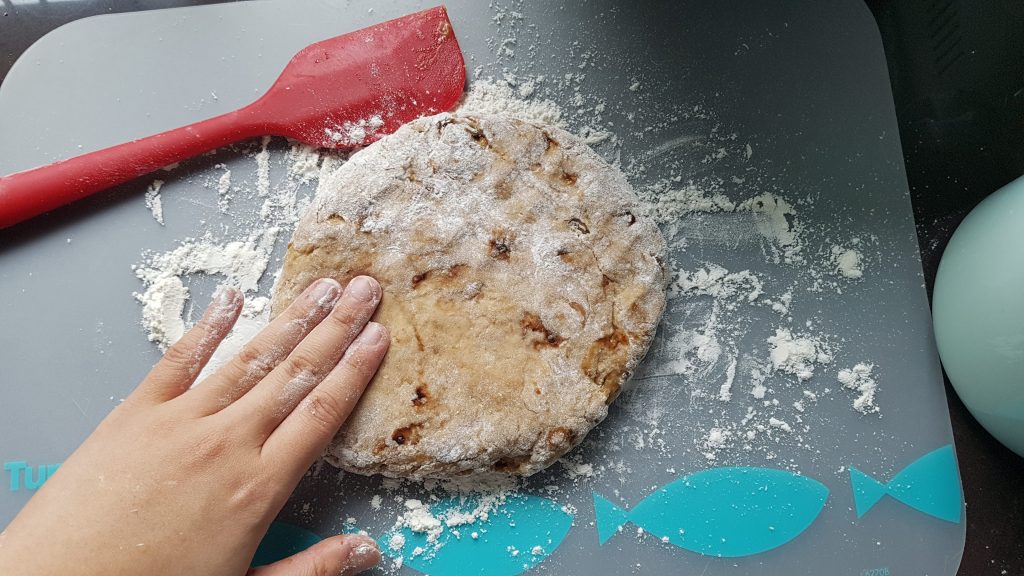 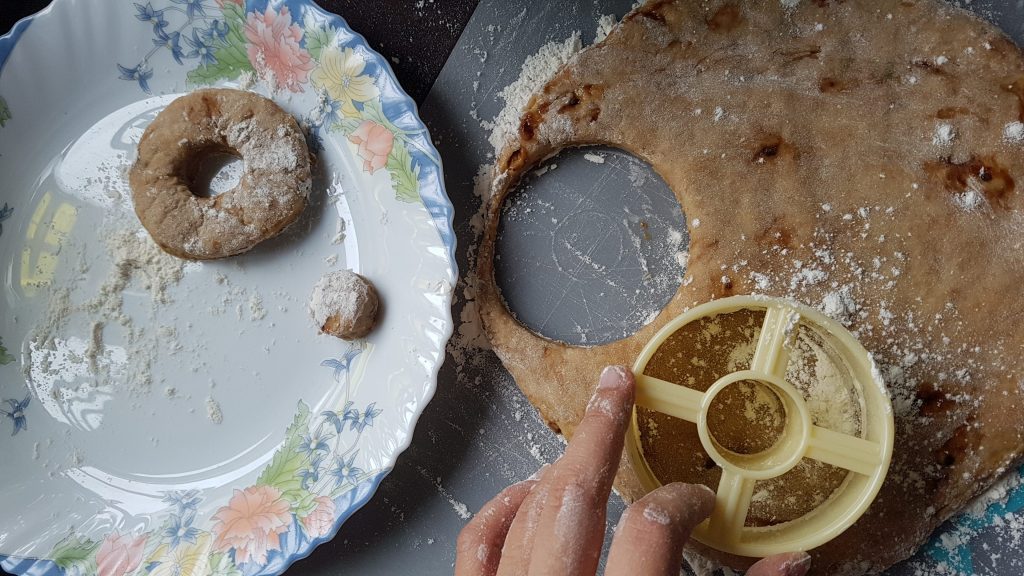 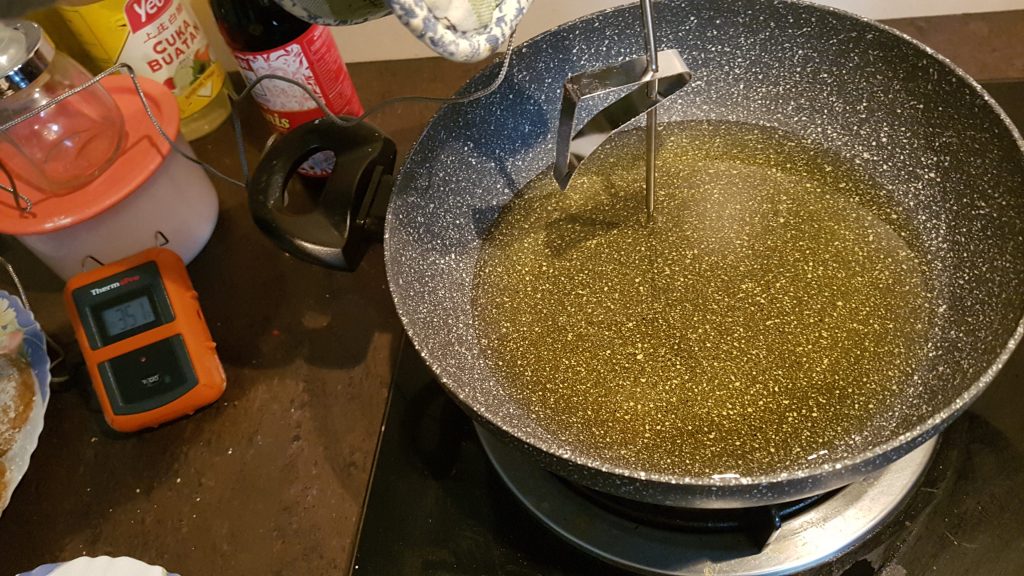 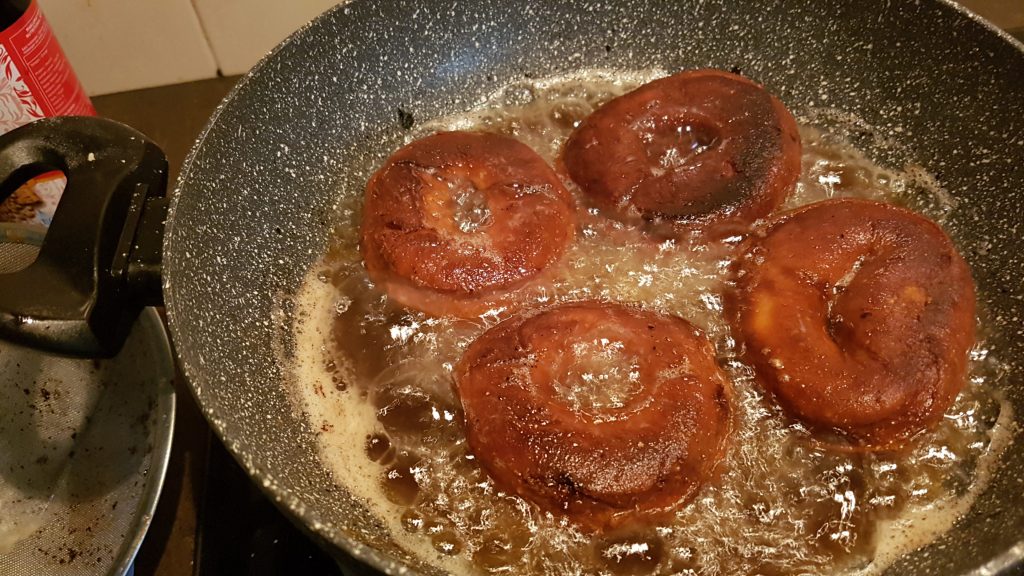 Drain on paper towels and set aside to cool slightly. 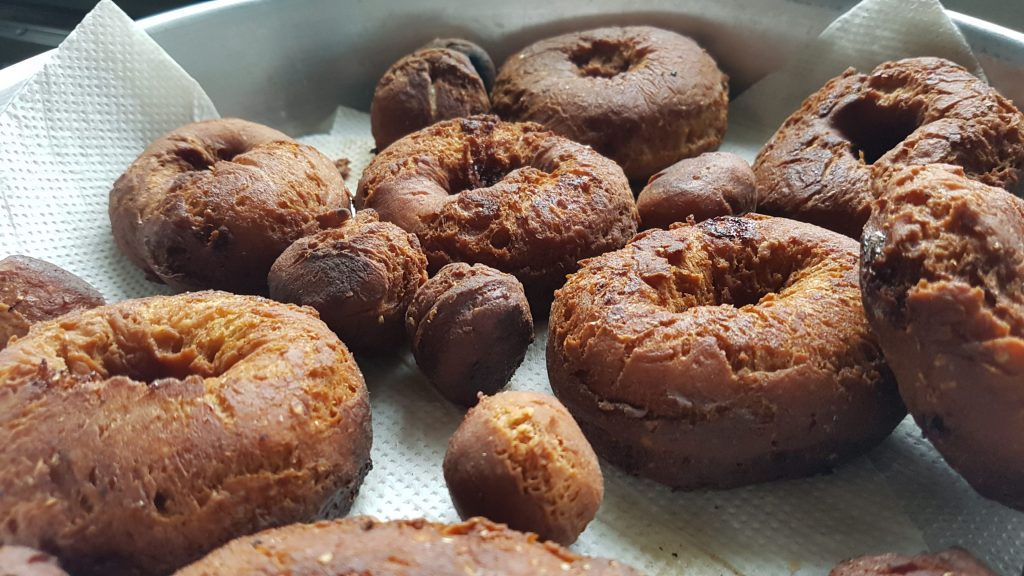 While waiting for the doughnuts to cool, make the apple cider glaze.  In a mixing bowl, whisk together the icing sugar and the remaining 2 tablespoons apple cider. 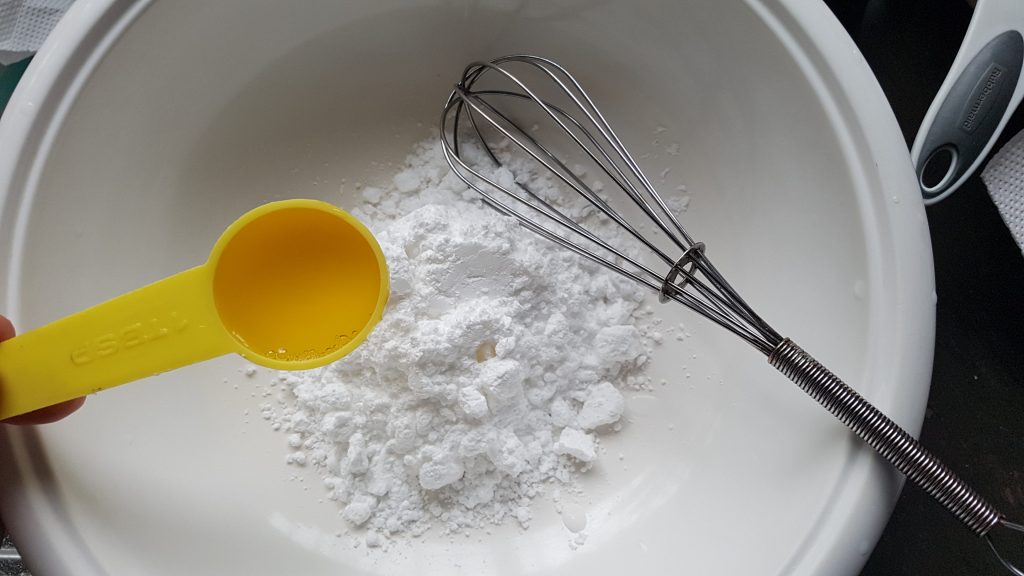 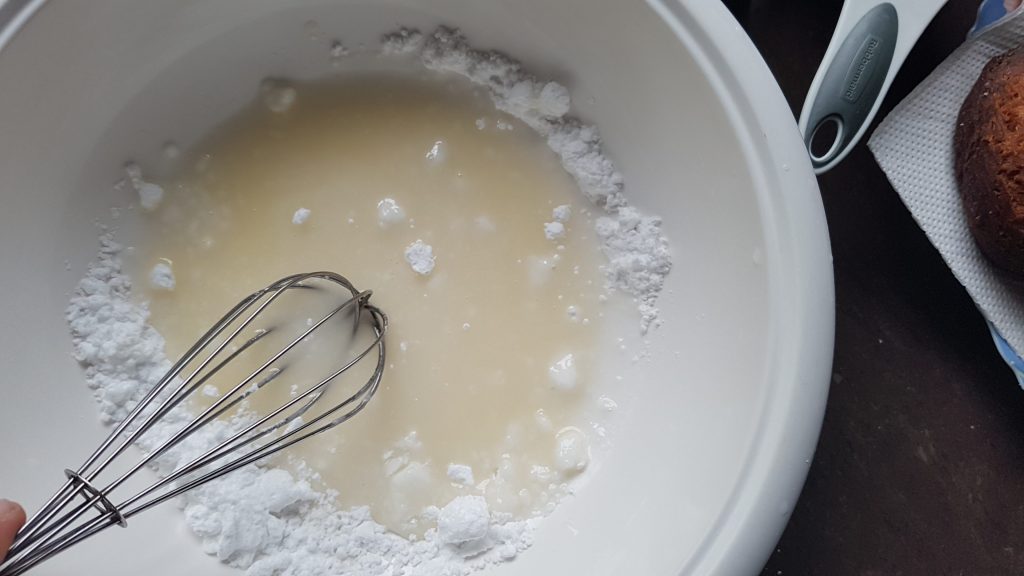 Dip the donut holes or donuts into the glaze and transfer to a wire rack for 10-15 minutes so the glaze can harden. 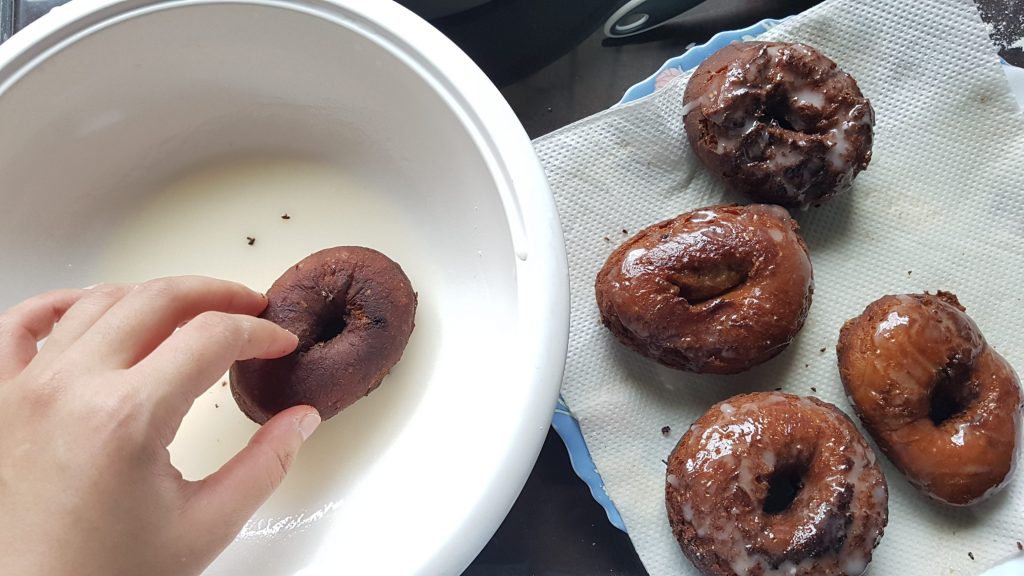