I found some really nice (albeit expensive) shrimp at B.I.G. recently, and at the same time was having such a craving for pasta.  I’ve mentioned previously that I really love the shrimp scampi at Tony Roma’s, although over the years they seemed to have modified the recipe or something and even that has lost its appeal to me.  I’ve tried making it myself once before, using Tyler Florence’s recipe, but I found it to be just so-so.  This time, I stumbled upon this recipe by Rasa Malaysia and decided to work from there.

This being an Italian dish, the original recipe called for white wine, so as always I subbed it with apple juice.  I sometimes would dilute apple cider vinegar or white wine vinegar as a substitute for white wine in soups and pies, but I found that in pasta dishes vinegar might make it turn out too acidic.  I also like to use cilantro instead of parsley especially for seafood dishes.  I doubled the amount of cayenne for a bit more heat.

The results were fabulous! Everyone had seconds.  When attempting this recipe, be sure to have all your ingredients on hand, measured and ready to go.  Once your shrimp is in the pan work fast – as soon as the shrimp turns fully opaque remove the pan from heat, to make sure they don’t overcook.  Give it a try! 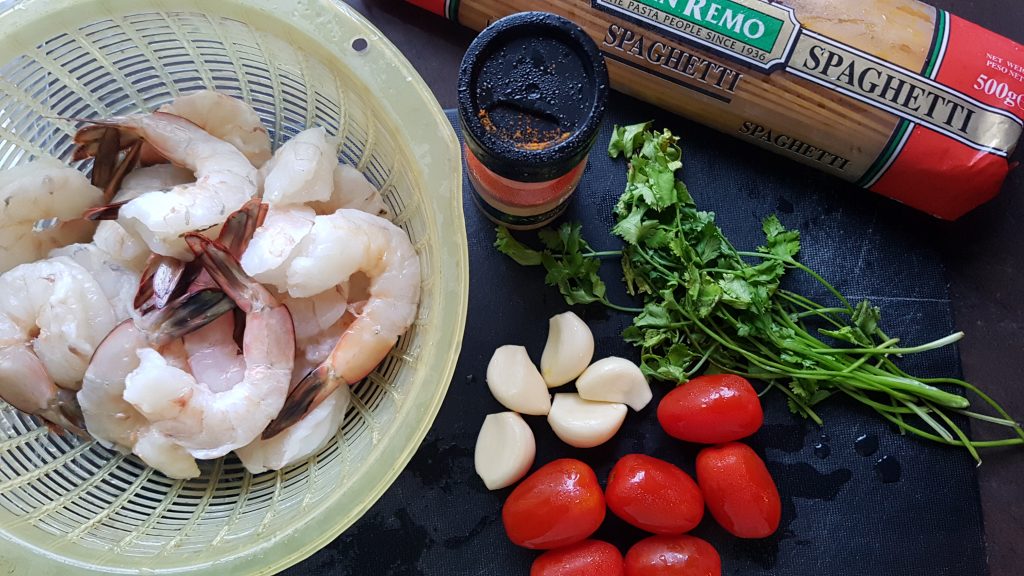 Bring a large pot of water to a rolling boil.  Add a tablespoon of salt and return to a boil. 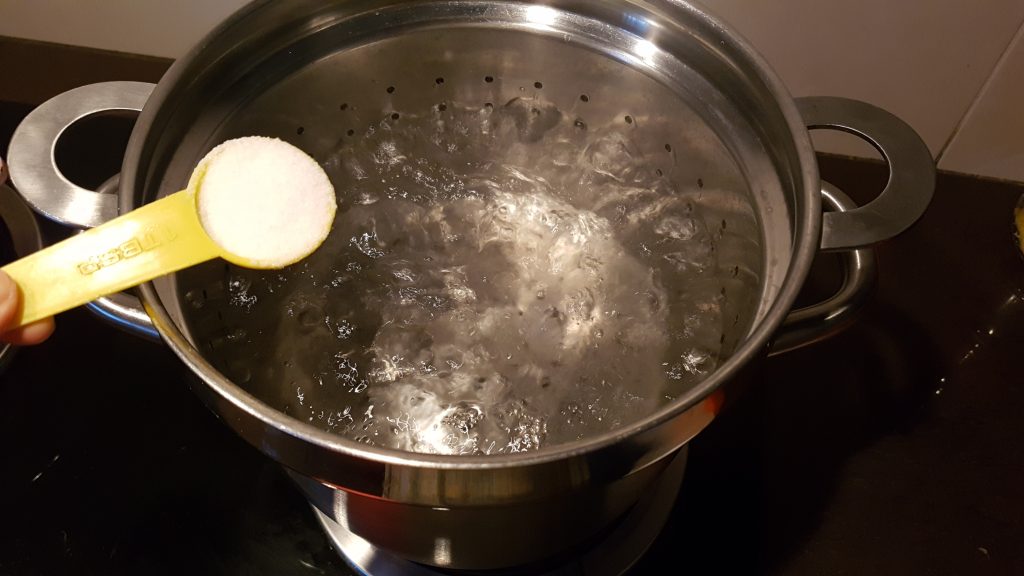 Add the pasta and cook, until al dente, about 12 minutes or according to package instructions. 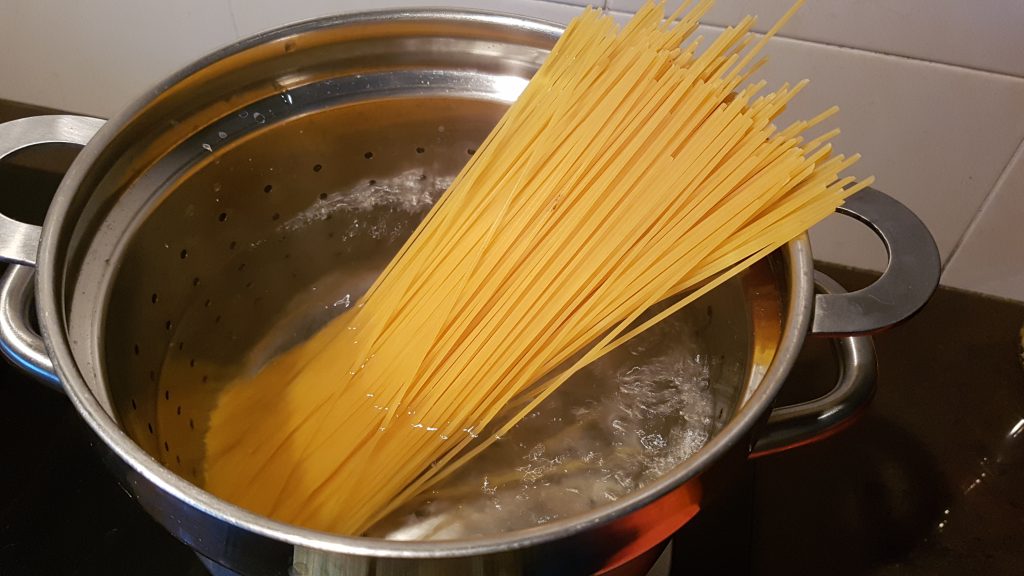 In a medium sized bowl, sprinkle the cayenne pepper and 1/4 teaspoon salt to the shrimp and toss to coat evenly. Set aside. 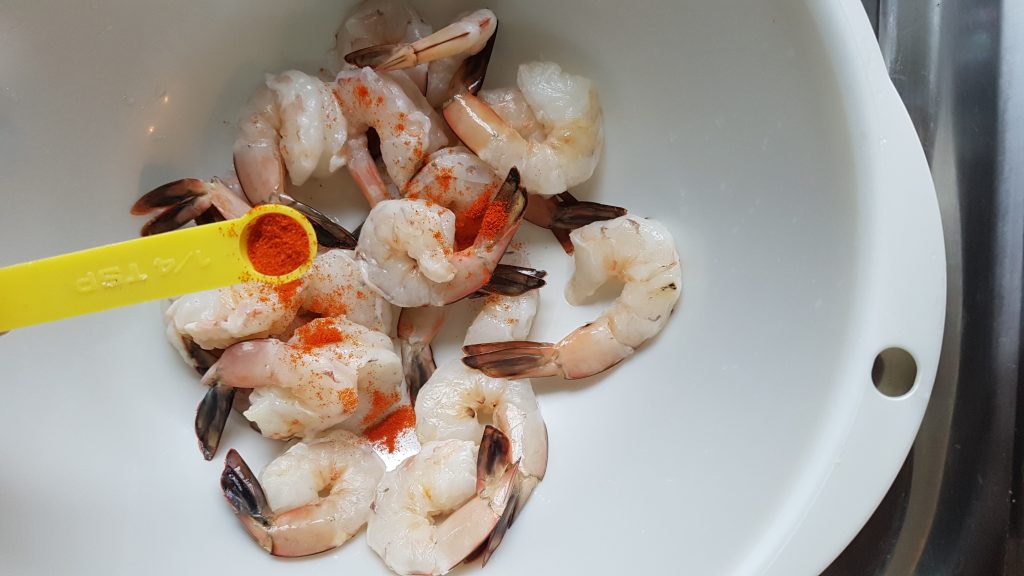 In a large skillet over medium high heat, melt the butter. 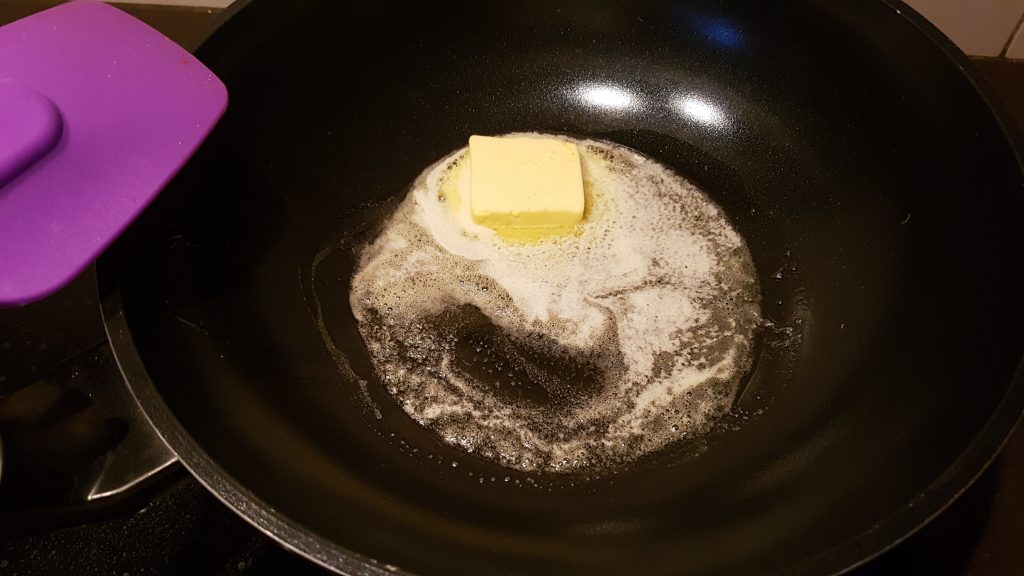 When the butter melts, add the olive oil. 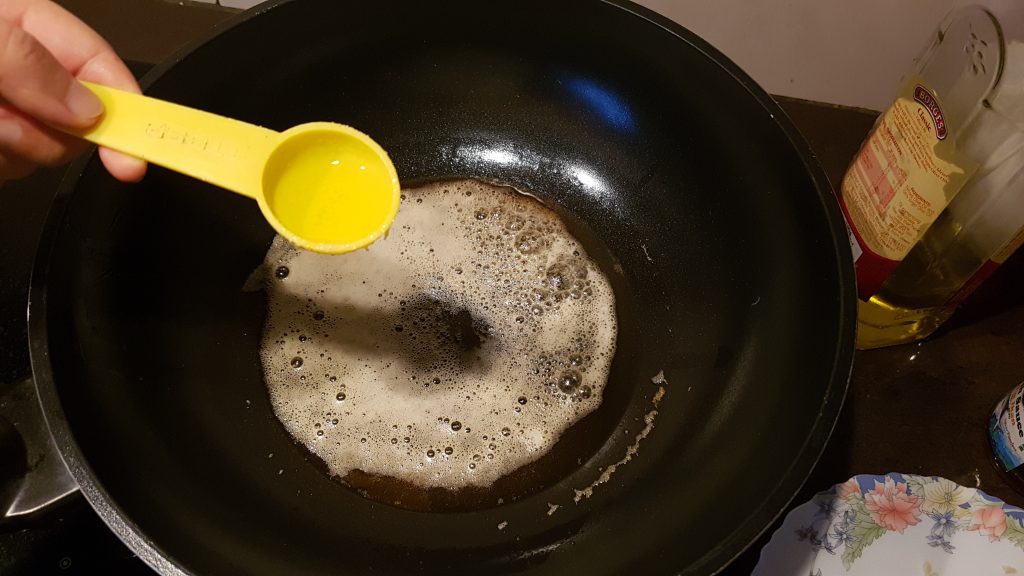 Add the garlic and cook, stirring, until fragrant, about 30 seconds. 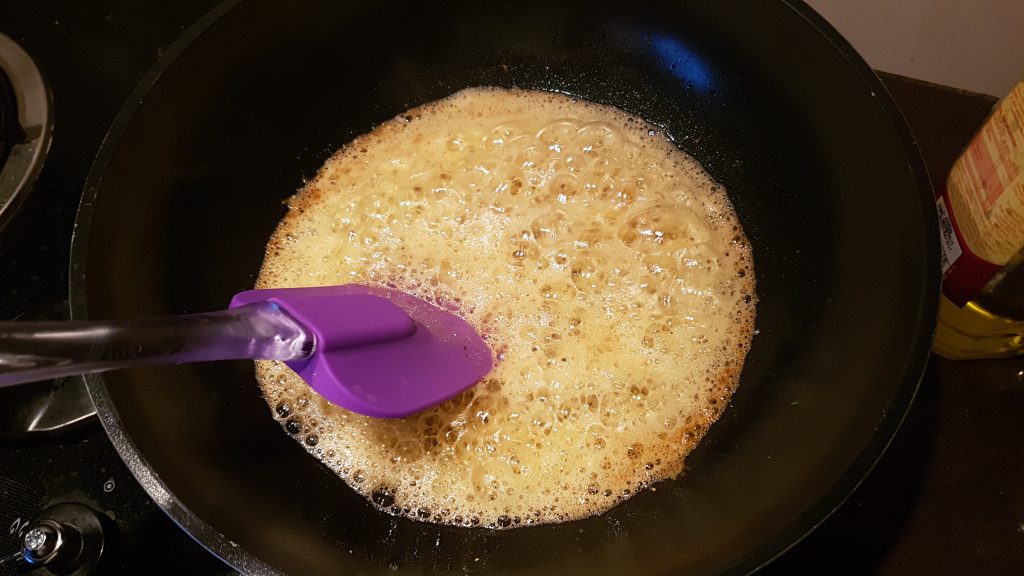 Add the shrimp and cook, stirring occasionally, until shrimp are half cooked. 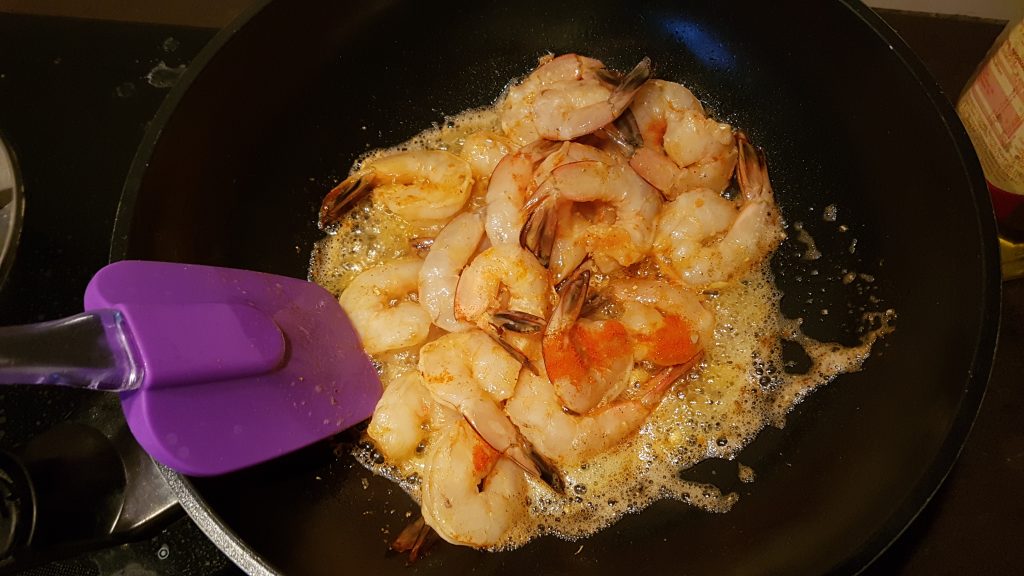 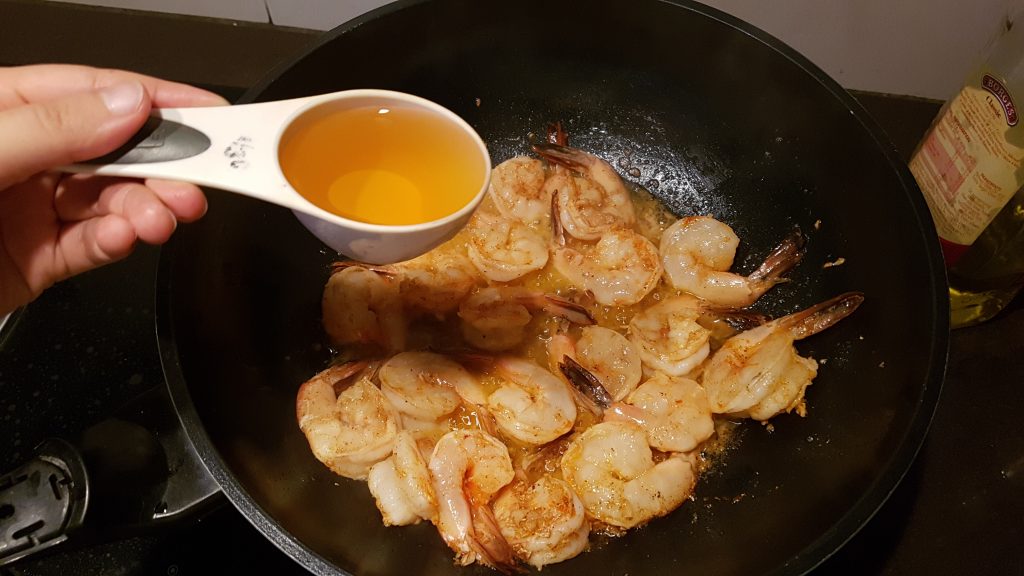 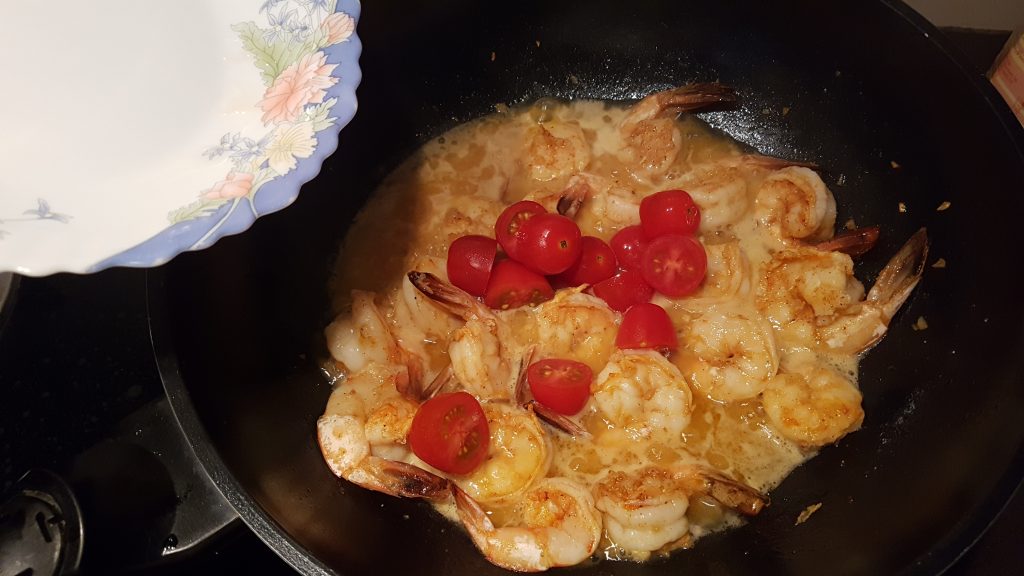 …and the linguine into the pot, and toss until well combined. 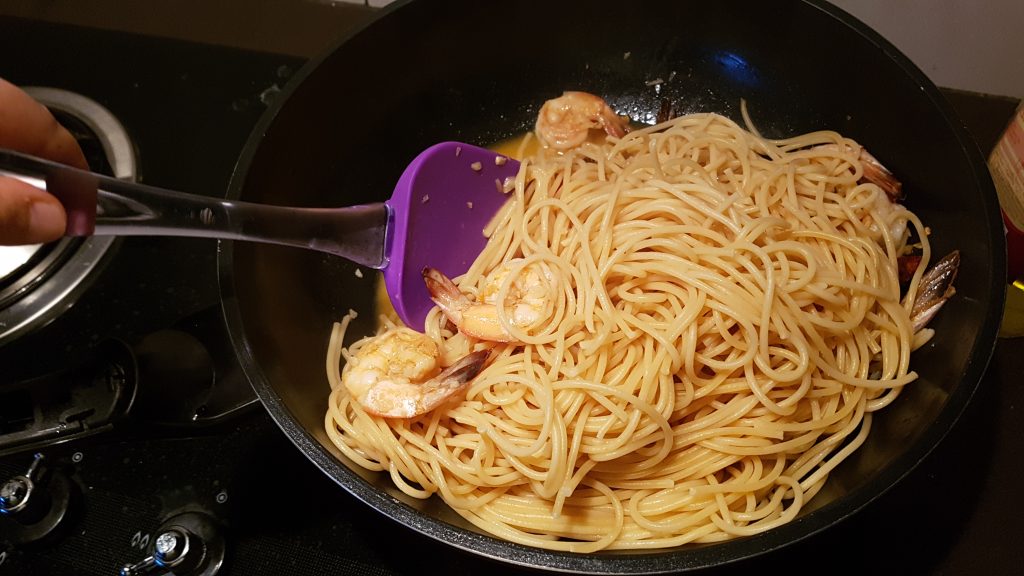 When the shrimp has completely turned pink, add the lemon juice… 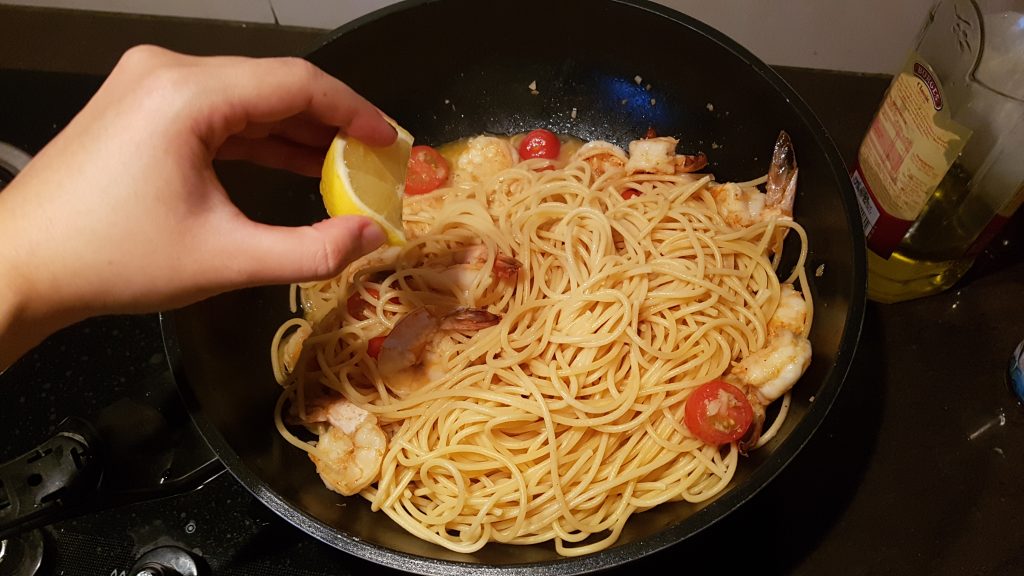 …black pepper and cilantro, and toss until well combined. 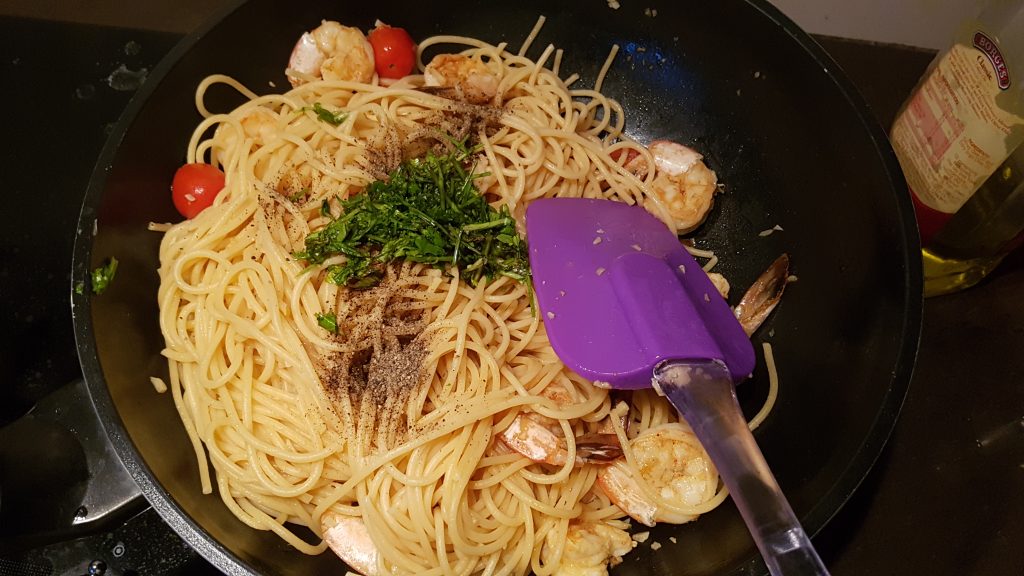 Drizzle with the fish sauce and toss to combine. 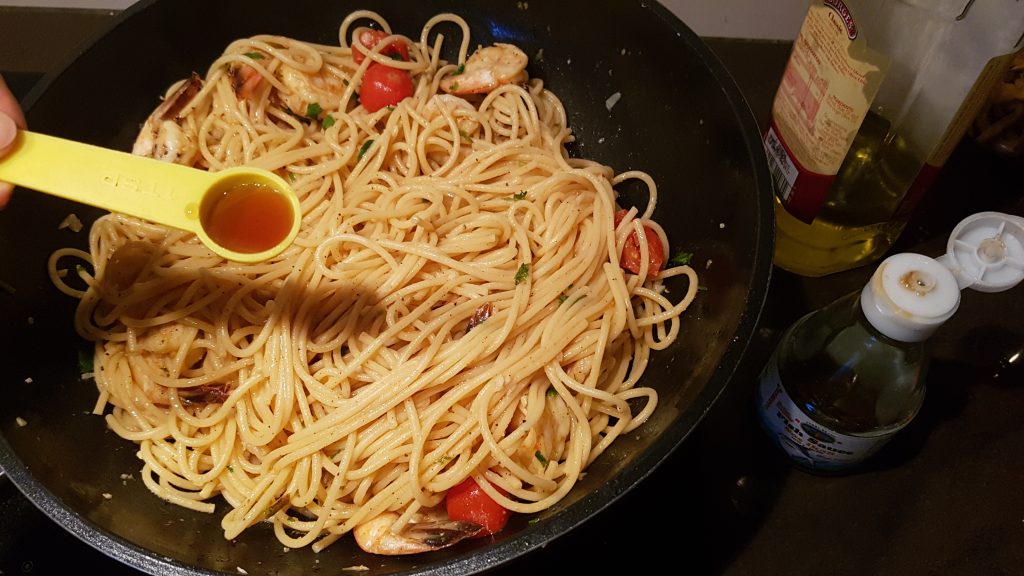 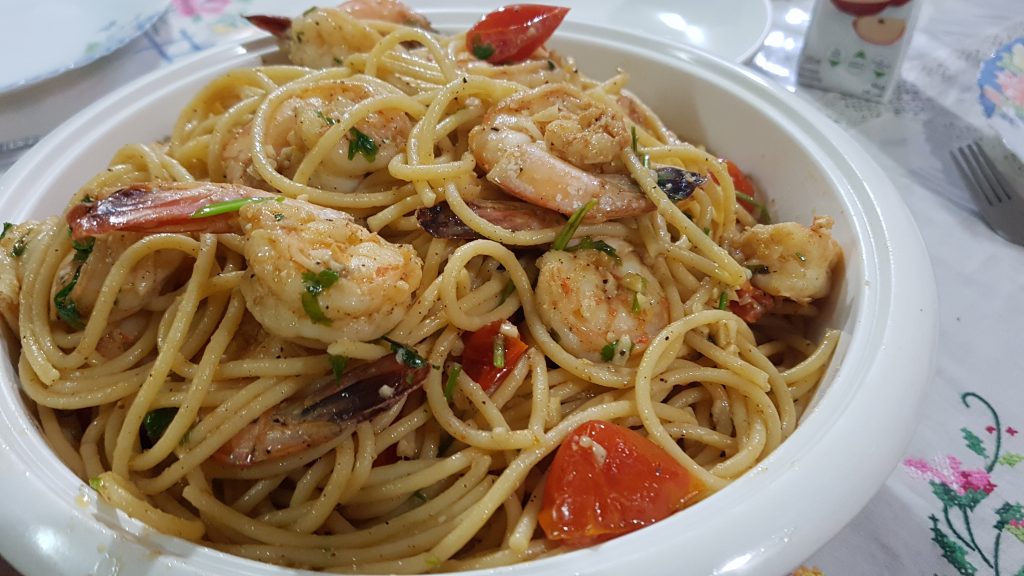