Made a few more soups for Mummy to try.  A few ingredients I recently tried were tomato, which was yummy but too light, and corn which was too heavy.  Since Mummy liked the lentil soup I made I figured other types of beans would also make decent soups with the right amount of heartiness, and since I had canned chickpeas in the larder this became my next ingredient of choice.

This Moroccan Chickpea Soup turned out nicely.  I loved the spices which gave it a more ‘exotic’ Mediterranean flavor; cinnamon, cumin and paprika.  There’s also something about tender beans in rich tomato based broth which feels so comforting.  Mummy loved it, so this recipe is now in our soup rotation.

Based on the recipe by Dave Lieberman, with my own modifications. 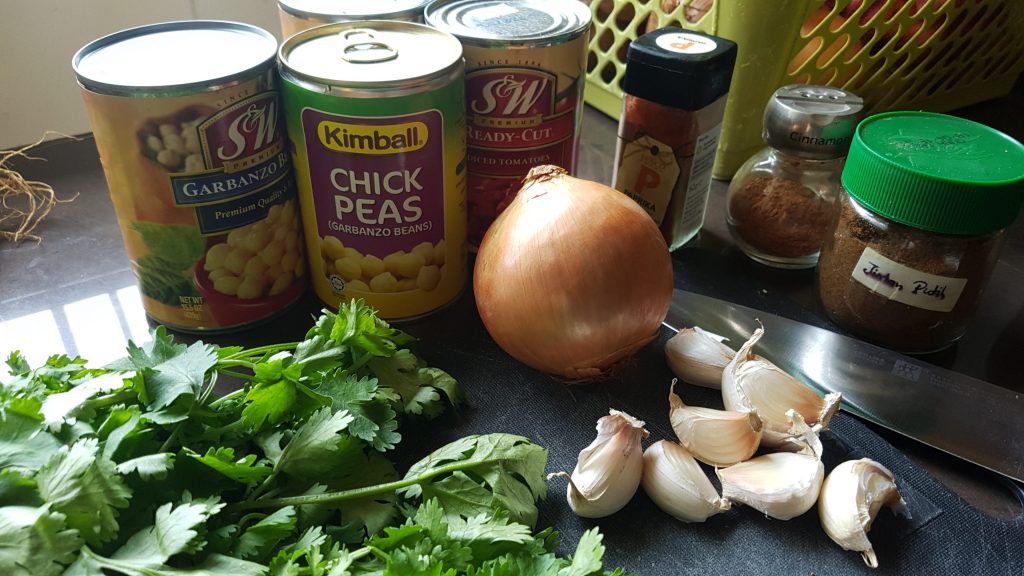 Heat olive oil in a large pot over medium-high heat. 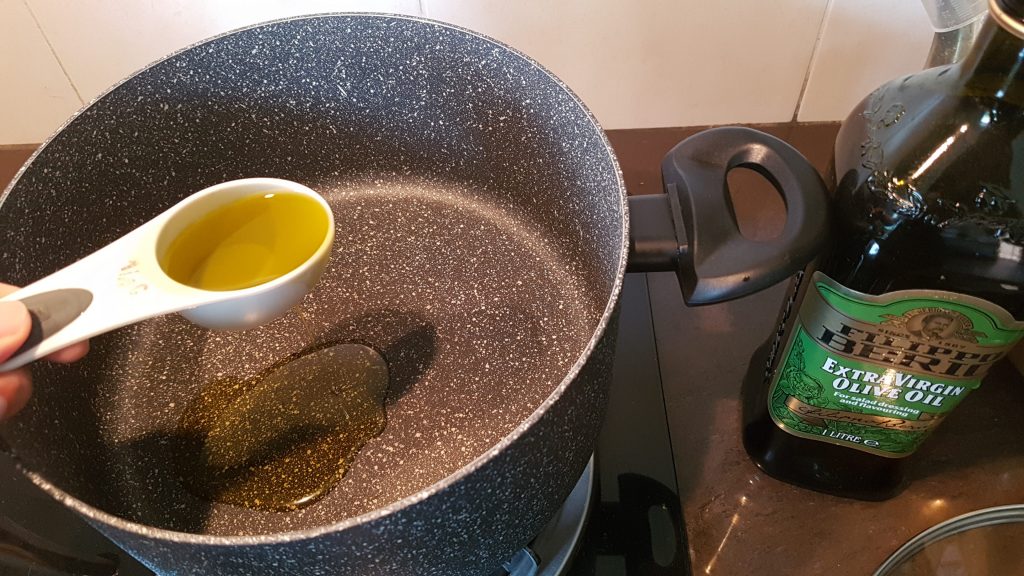 Add the onions and garlic and cook, stirring, until the onions begin to turn translucent, about 3 minutes.  If the onions start to brown, reduce the heat. 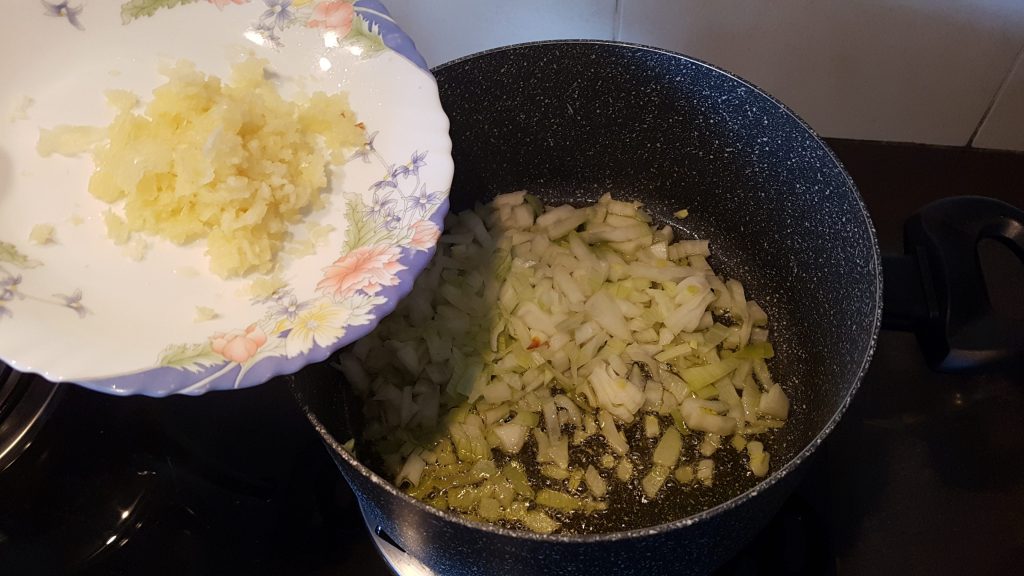 Add the cinnamon, cumin, cayenne pepper and paprika and cook, stirring, about 1 minute. 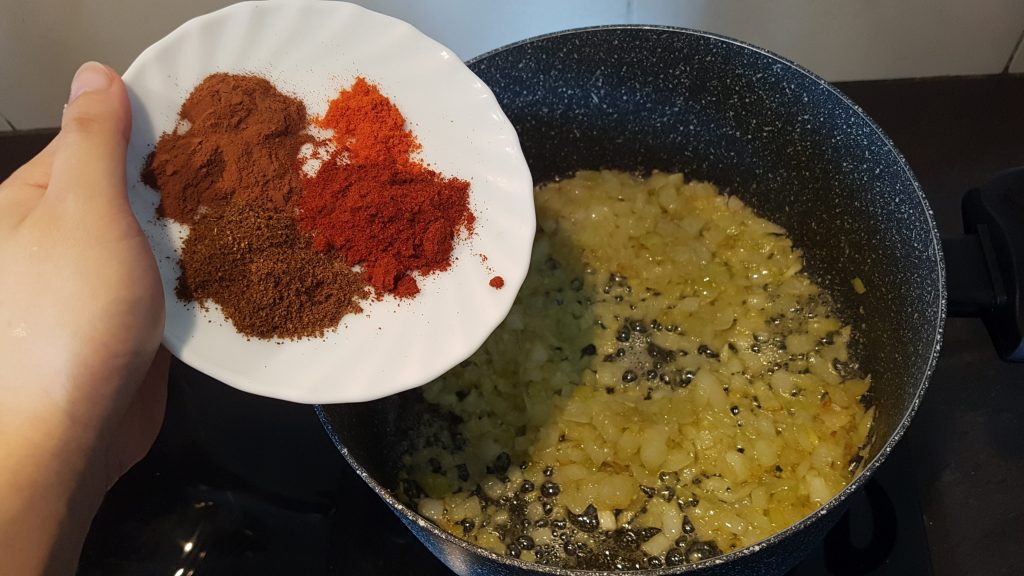 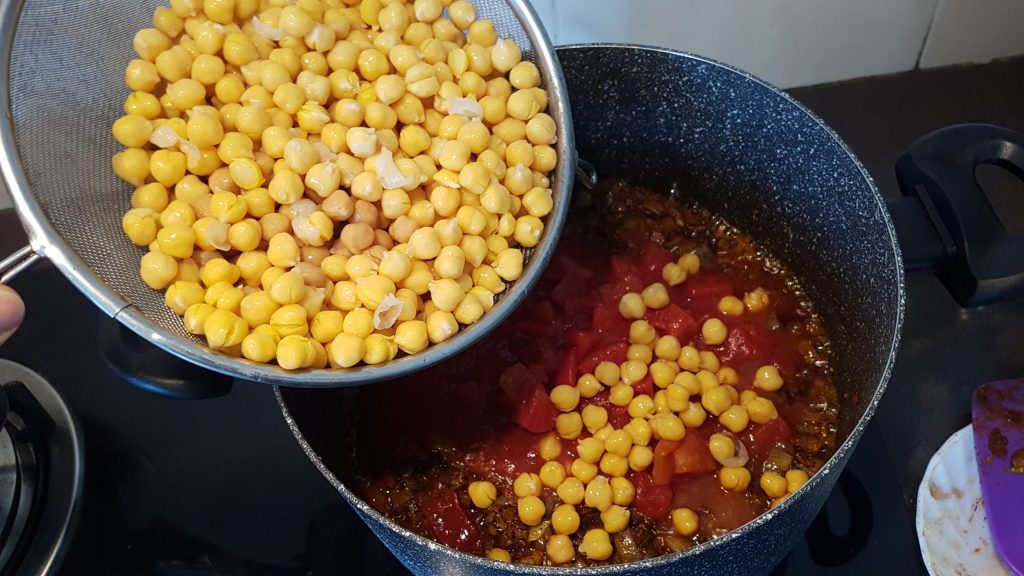 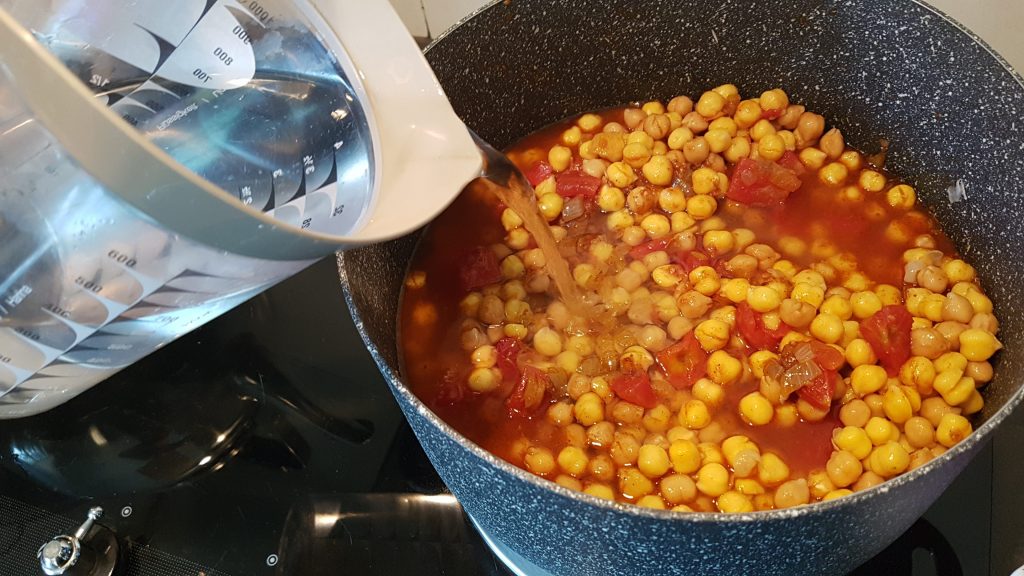 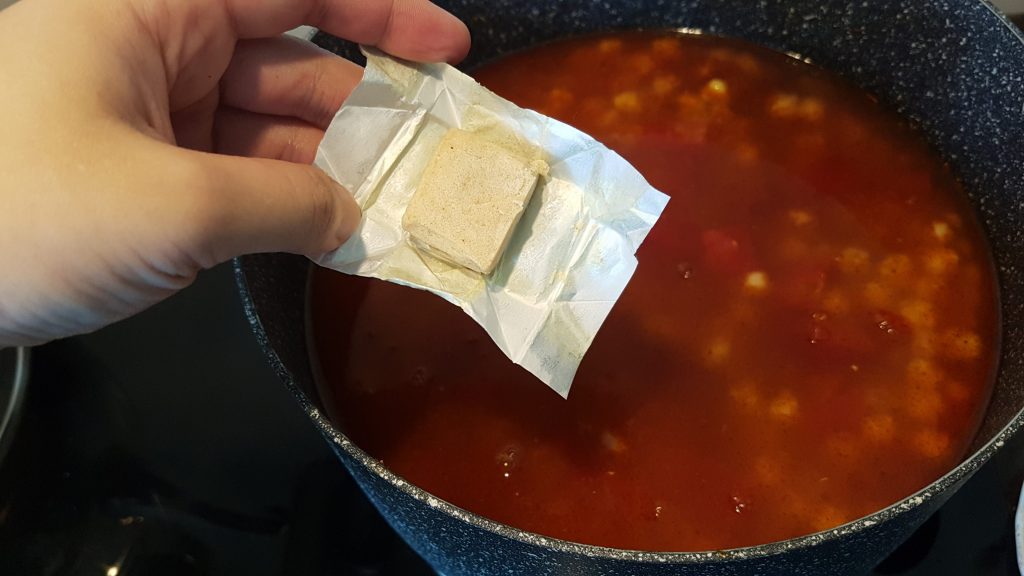 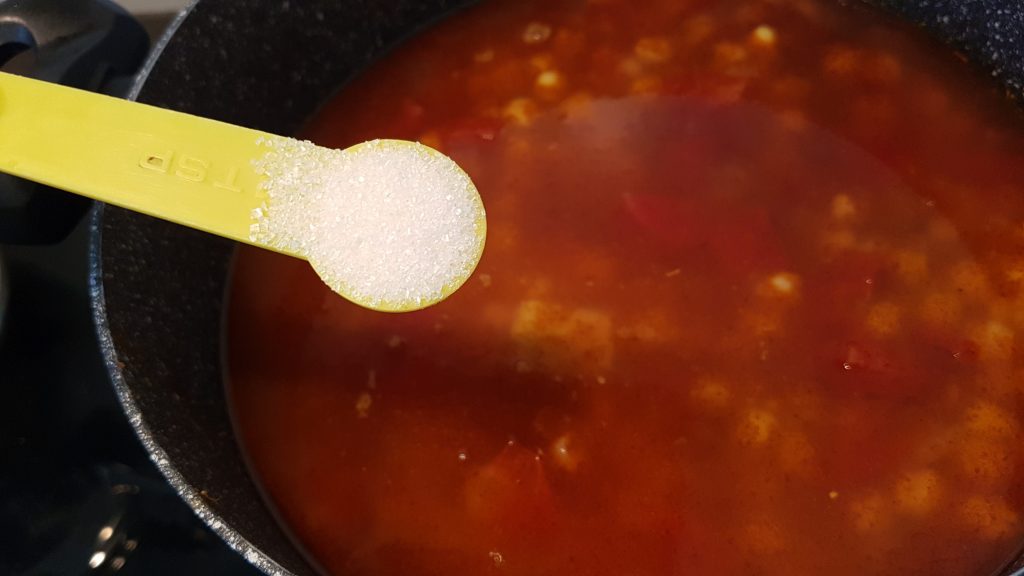 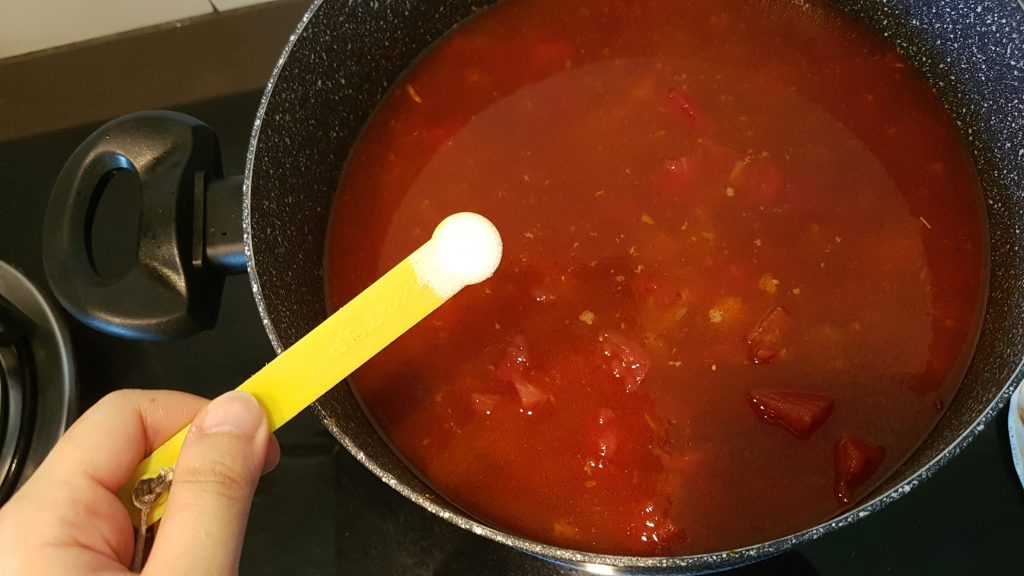 …and 10 twists of freshly ground black pepper, about 1/4 teaspoon (thanks Mummy for the demo!). 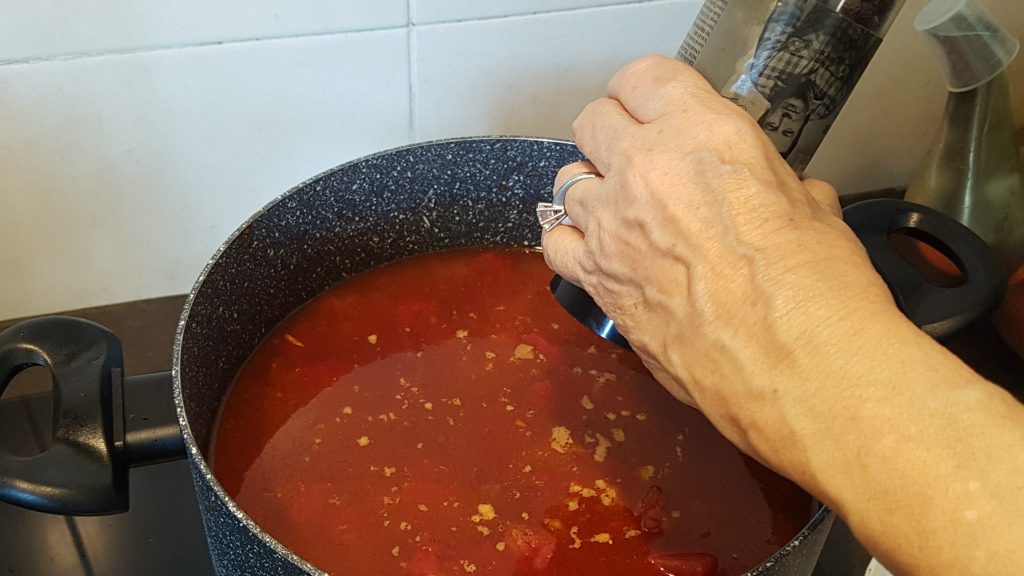 Stir to combine. Chickpeas should be just covered with liquid. If level is shy, add some water so the chickpeas are just covered.

Bring to a simmer, then reduce heat to low and gently simmer for 45 minutes. 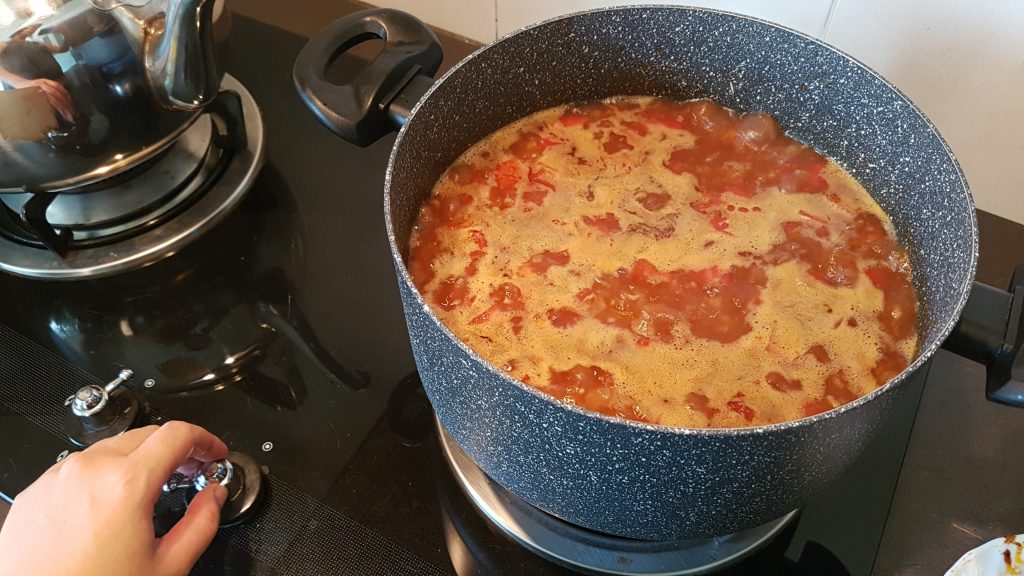 Remove from heat. Use a potato masher to mash up some of the chickpeas right in the pot. 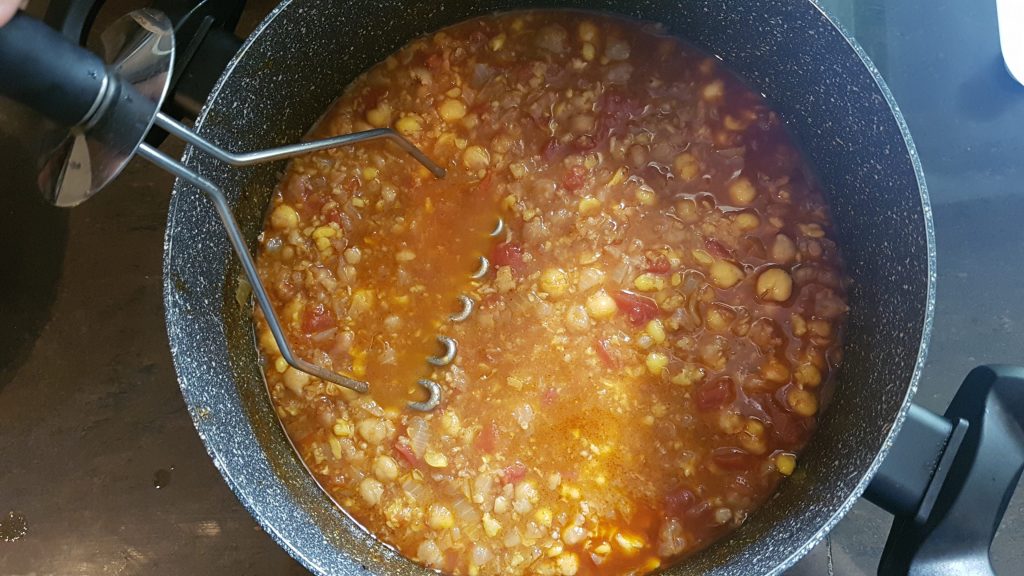 Stir in the chopped cilantro. 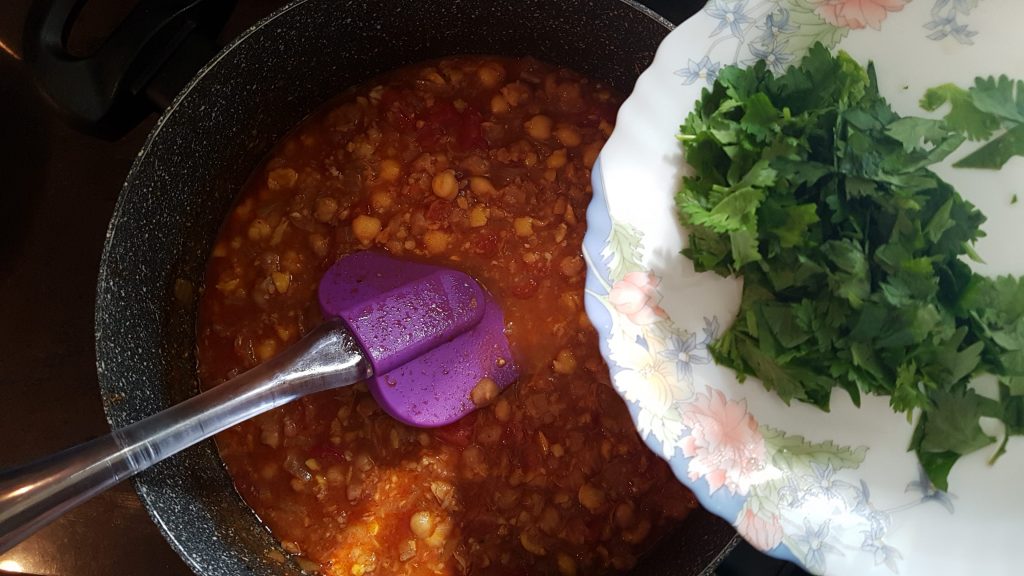 Season to taste with the remaining sugar and salt.

Serve hot, with chunks of crusty bread if desired. 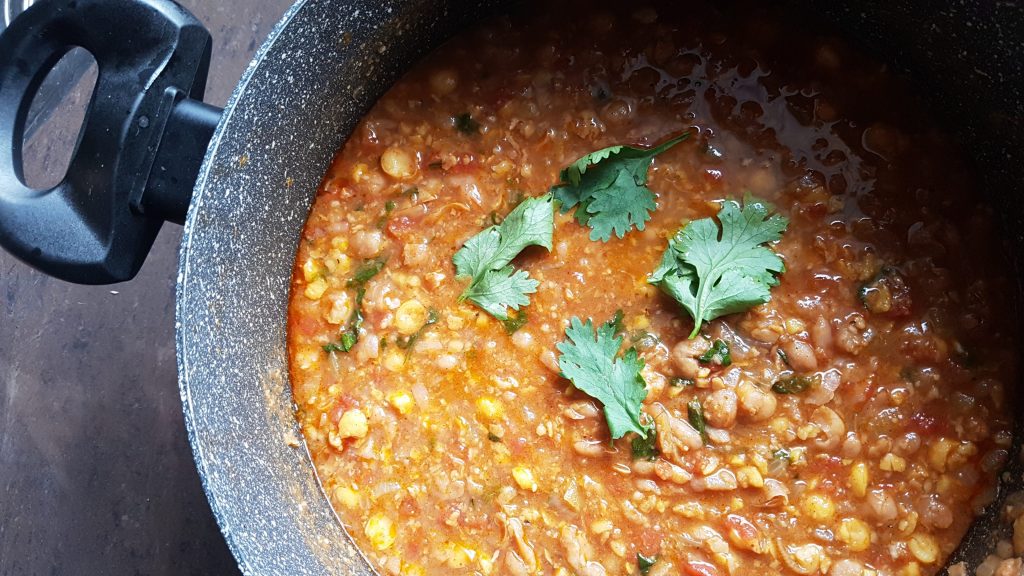